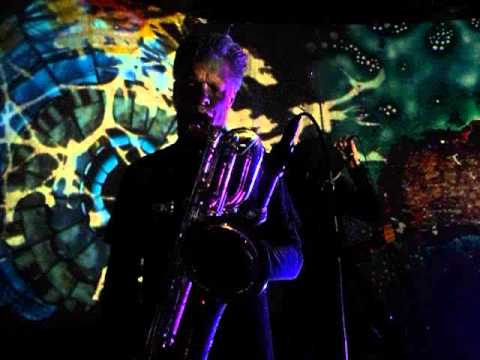 I play sax, trumpet and a little flute...  50+ years of playing horns is rather shocking for me and continue to learn every time I pick up an instrument... I was schooled in classical music, enjoy  performing with orchestras, jazz bands, drum and bugle corps and also was a band geek... Being a band geek really gave me a real sense of "belonging" to the various communities that I lived in, as my father was a lifer in the military (31 years), and I relocated to various coastal cities, (NAVY), in the US every 3 or 4 years.

My first bands were improvisational and there are some recordings out there somewhere. Nebulous Stucco Thing was a performance art spoken word group composed of 6 poets and 5 musicians. We released “Losing it Big at Carnagie Hall,” in 1987. The F-Holes  and Vicous Gel were catchy pseudo punk r&r bands that I performed with from Sacramento that formed about 88. I began performing with  the Earwigs  around the same time and we had some music released through Enharmonic Studios in Sacramento around 1989. We were together for around 5 years.

Dutch Falconi and the Twisted Orchestra  was an early 90’s Swing Band based in Sacramento.... I recorded the first album with them, but my recordings were erased as I was kicked out of the band because I preferred to play volleyball with my friends in the park after 5 years of rehearsing... Rehearsals were every Sunday afternoon... I performed with them for 5 years... There were about 23 performers in the band. I continued performing with them when they needed a player...

SEX 66 was combination of 2 Sacramento Bands; the Earwigs & FMK.... This band had many great musicians and songwriters... a total of 6 members.... This was a great group of folks and I really loved some of the songs and was a total hell band to be in as there were 3 of our beloved brothers who struggled with  abuse problems. I performed with them for about 5 years and recorded on their release which at this time, I can’t remember the name.... but then was kicked out, so once again my recordings were erased...  After that I performed with HERBIVORE AND VANONI, The Tiki Gods and then a few years later with Dark Sun Skypilot for about 6 months until I relocated to the EU.

I currently  live in Tallinn and was performing  with two music projects: Sopruse Pst., and was a guest performer with Ajukaja and Mart Avi. I  was also guesting with St. Cheatersburg and am currently  looking for other projects to become involved with. For a while in 2009 I was performing with a band called Tatijana Krystall... I also performed with a band formed in 2014 called  The WHAT, but this was another short lived and fun project.  I  worked with some famous Estonian musical veterans in a band called RANDOM RATS, that lasted for about 3 weeks, during which time we learned many songs, had a gig in Tartu and recorded one track....... I'm now performing  as a guest horn player with a trio known as PVC16.... jaja

I managed a great band CLEANING WOMEN, for 3 years they are based in Helsinki. They are very talented and I really dig their music.... I booked performances  for them at the Bristol Film Festival in the UK, at KUMU in Tallinn and various musical venues  around Estonia...  I  had the great pleasure to perform a set with them on bari saxophone  in the 2013 Midnight Sun Film Festival in Sodenkyla.  A link to one of their videos is listed below. If you are interested in having them or any of these projects  perform at one of your events, please contact me and we can make arrangements.

Here are some links to videos from the past and not so far past: I must apologize for the quality of the sound in some of the videos.

Earwigs- ''The Word,'' Rock Ballad from around 87...
one of my best recorded sappy solos...
www.youtube.com/watch?v=ybtIKV_htuk

An evening with Dutch Falconi and the Avant Gardener Orchestra
at the world famous Press Klubi in Sacramento, early 90's
www.youtube.com/watch?v=GDXoTBuAB08&t=1698s

Cleaning Women, "Across The Void"
http://www.youtube.com/watch?v=IdONtyPRBUQ

My life as a DJ


I have a handful of friends who I consider to be great Dj’s....

Some approach the craft/art in more of the traditional musicologist

shaking tuneage... The more modern approach, of which I have yet to embrace, is

one of being a mixer of tracks and beats.... This for me is truly an artform and some

of my friends and comrades are masters at this. Not to take away from the “original”

approach, as some of my friends are quite genius at how to work a crowd on the

Pajula.... Since then it has been a very fun and nerve bending way for me to see

how to work with music in this way..... Here are some of the gigs that I have had the

Dj at B-Sides and Kasbah Lounge, Sacramento, CA.  May, June.

HERE'S A FEW SWEET SONGS FOR YOU...
http://www.mixcloud.com/N2ITUS/n2itus-02-steve-vanoni/

I always have fun in finding images to appropriate for flyers and creating them for the nights that I worked
and  believe that I had an influence on the visual culture and humorous images that my talented local dj's of Tallinn began  using for their gigs.... This is just a sampler. I hope you enjoy.


I will not attempt to explain this piece in words. I just would like to say that it is better listened to with the volume
loud and sitting between speakers that have some STEREO.... 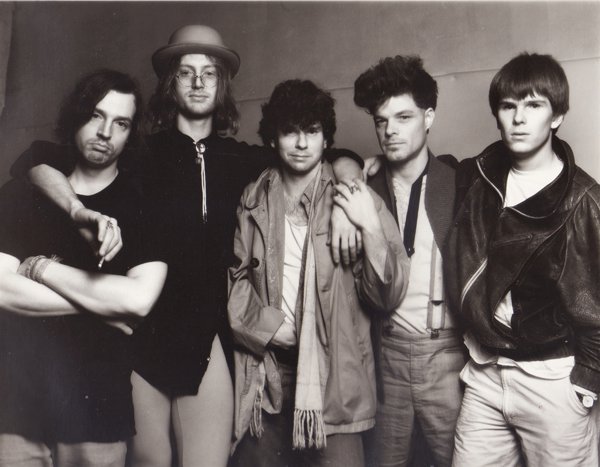 The Earwigs sometime around 1985, photo by George Westcot 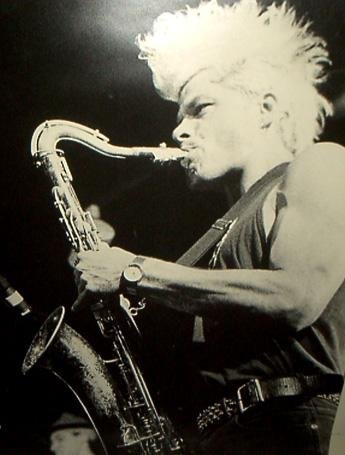 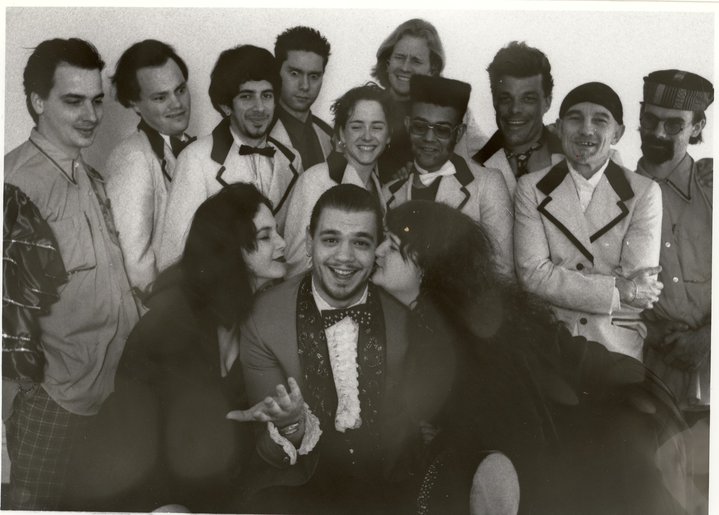 Photo of the Dutch Falconi Twisted Orchestra in the beginning, early 90's by Pete Wedel 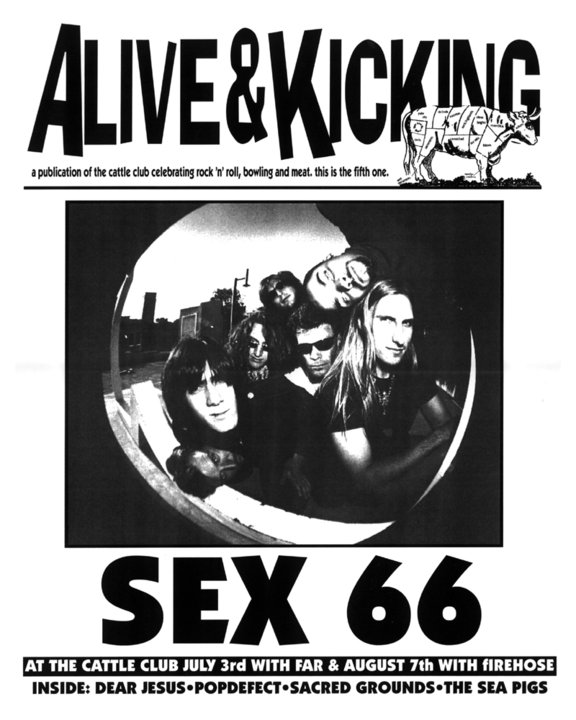 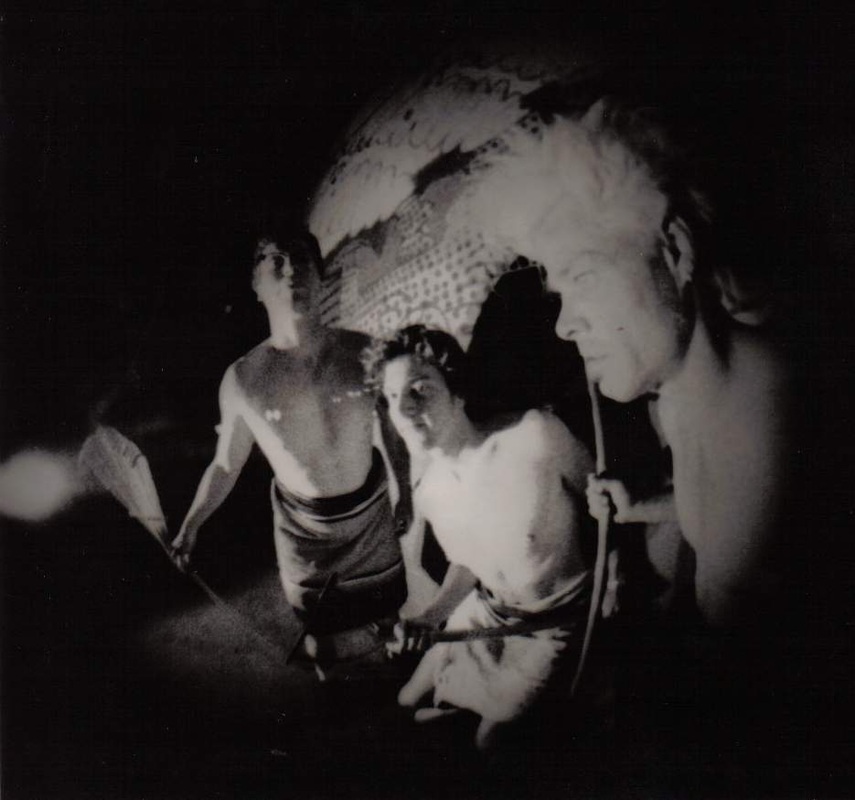 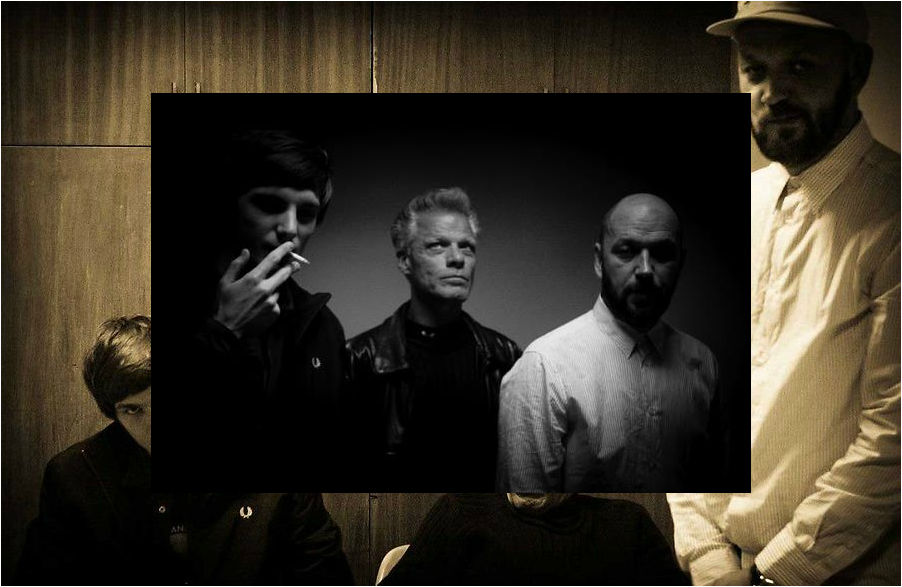 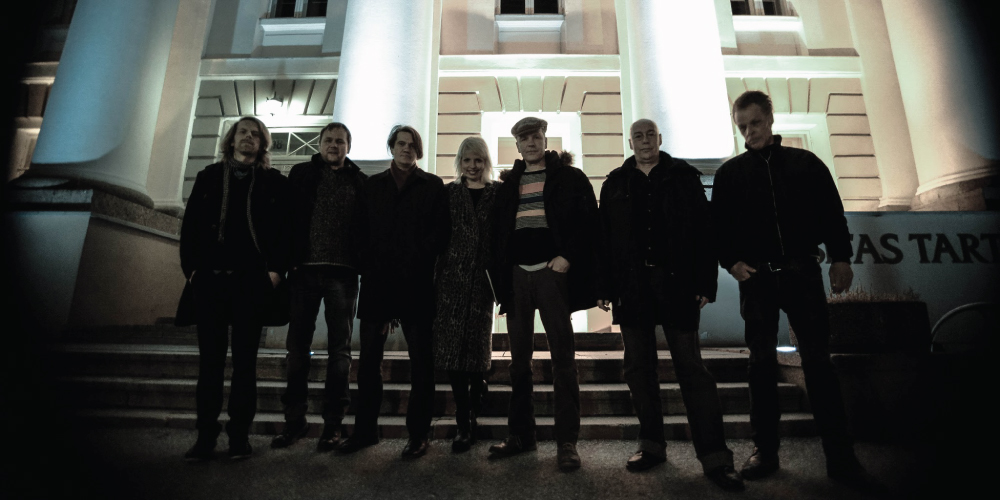 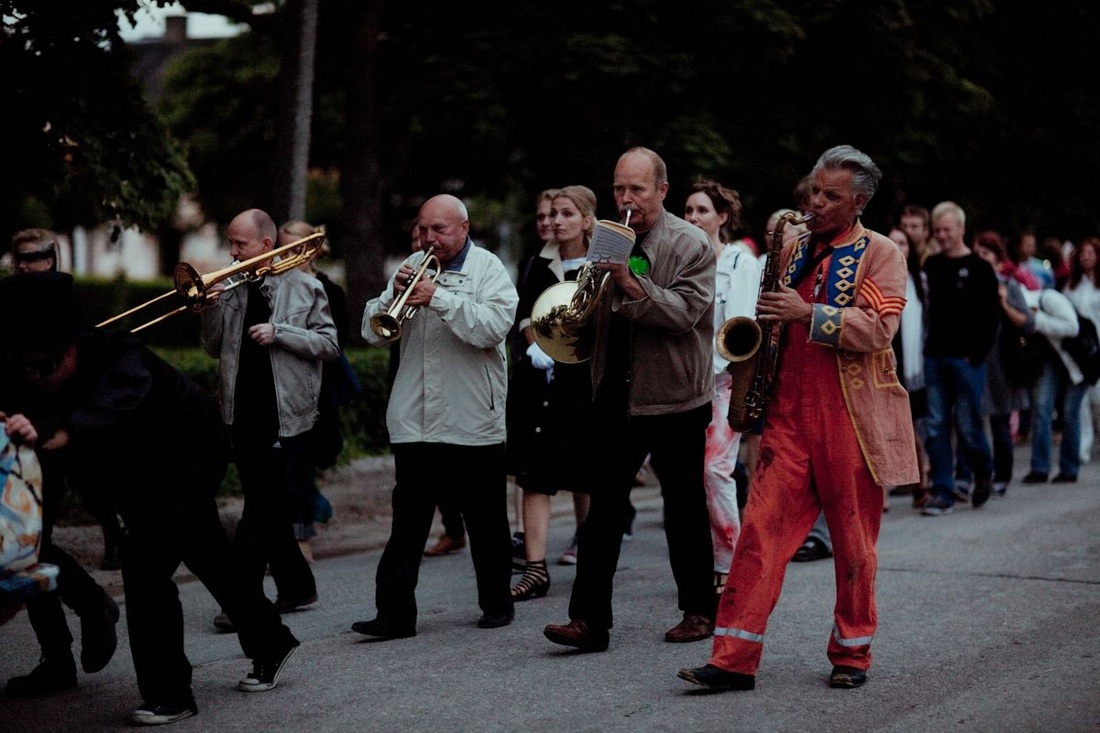 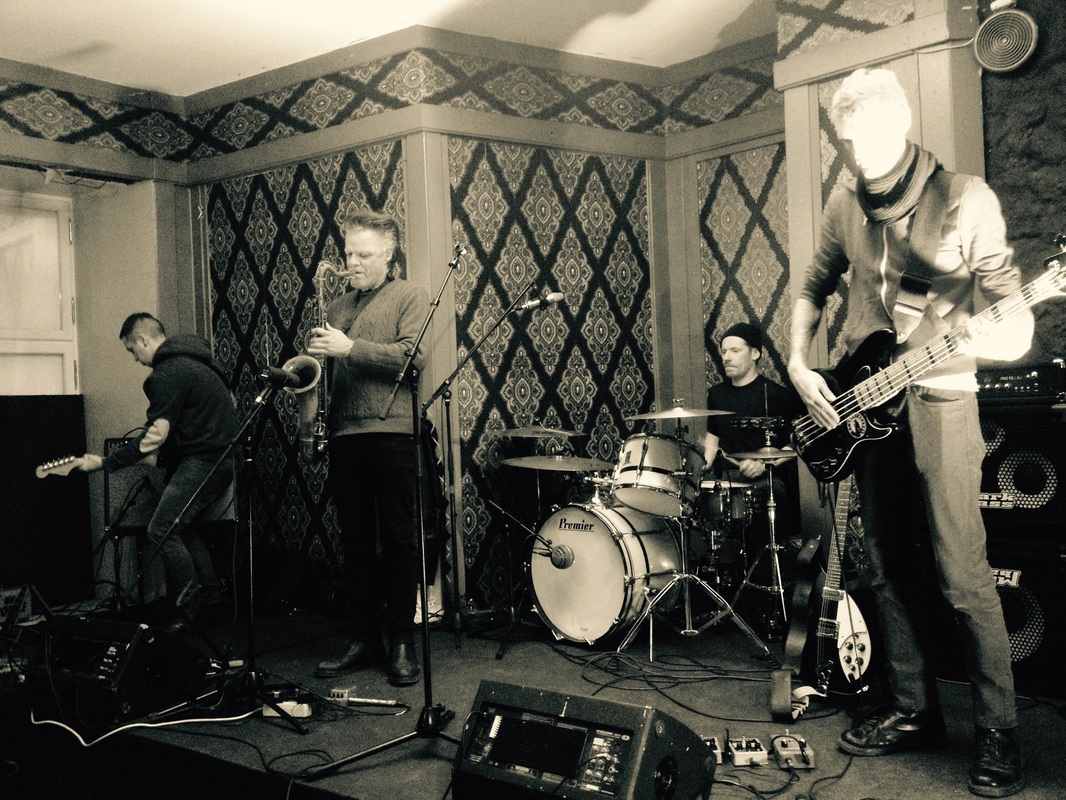 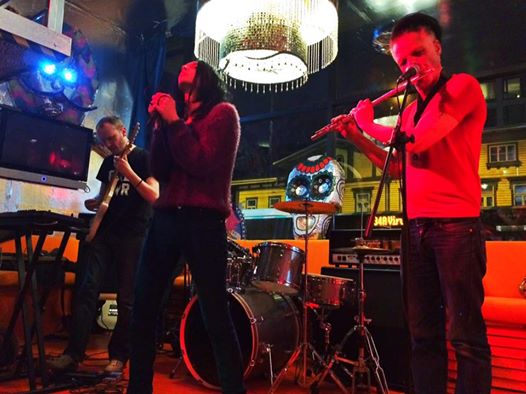